﻿ A study on racism in policing and the Alaska loophole; In The News for June 23 - CityNews Ottawa Skip to content

A study on racism in policing and the Alaska loophole; In The News for June 23

In The News is a roundup of stories from The Canadian Press designed to kickstart your day. Here is what's on the radar of our editors for the morning of June 23 ... What we are watching in Canada ...
Jun 23, 2020 7:17 AM By: Canadian Press 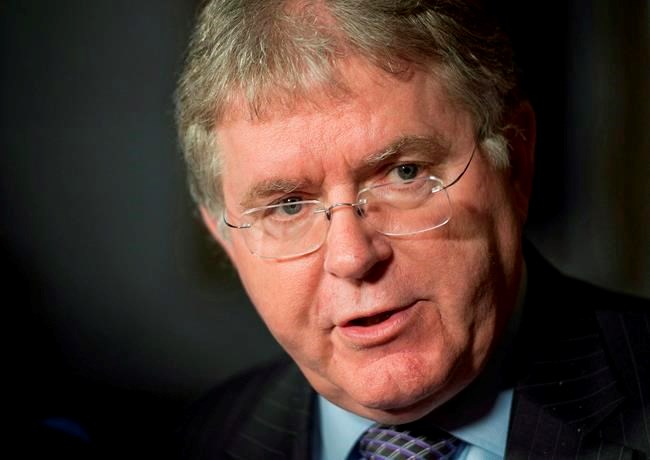 In The News is a roundup of stories from The Canadian Press designed to kickstart your day. Here is what's on the radar of our editors for the morning of June 23 ...

What we are watching in Canada ...

OTTAWA — A House of Commons committee plans to meet this afternoon to consider doing a study of systemic racism in policing.

New Democrat MP Jack Harris has been pressing the public-safety committee to reconvene to get an examination underway.

The move comes after Lucki said she was struggling with the notion of systemic racism in the RCMP, only to acknowledge its existence days later.

New Democrats have already called for a review of the RCMP budget and for more spending on mental health and addiction supports to prevent crises from becoming police matters.

Concerns about police brutality and discrimination have sparked rallies and cries for change around the world since the killing of a Black man, George Floyd, by Minnesota police.

OTTAWA — A new poll suggests two-thirds of Canadians don't want to relax the physical distancing rules imposed to curb the spread of COVID-19.

And if they were relaxed, fewer than half would feel comfortable taking part in activities that would bring them closer to other people, like going to a movie theatre.

Sixty-six per cent of respondents to the poll, conducted by Leger and the Association for Canadian Studies, said two metres should remain the safe distance kept between people.

Just 12 per cent favoured reducing the distance to 1.5 metres, as is required in many European countries, and 10 per cent favoured a reduction to one metre, the minimum recommended by the World Health Organization.

If the physical distancing rule was reduced to one metre, 40 per cent said they'd be comfortable dining in a restaurant, 28 per cent going to a movie theatre, 24 per cent to a gym and 21 per cent to a bar or night club.

The online poll of 1,521 adult Canadians was conducted June 19-21; it cannot be assigned a margin of error because internet-based polls are not considered random samples.

BANFF, Alta. —  American visitors attempting to use a loophole allowing them to travel through Canada on the way to Alaska ran into the long arm of the law in Banff National Park last week.

The RCMP issued seven tickets to individuals who were violating the Public Health Act during the COVID-19 pandemic.

Six of the $1,200 tickets were issued to travellers who had stopped near Lake Louise to take long hikes in the park, the RCMP said Monday.

"They're not criminal violations or criminal charges or anything and those are fines under the Public Health Act," said RCMP spokesman Fraser Logan.

"Those receiving the seven tickets are all U.S. residents."

Logan said the officers can act on complaints from the public or on their own discretion.

"Each individual RCMP officer responding to a complaint or just maybe seeing a parked American vehicle on their own, they're going to talk to those individuals and it's up to the discretion of the RCMP officer before issuing these fines," he said.

WASHINGTON — Dr. Anthony Fauci is returning to Capitol Hill at a fraught moment for the U.S.'s pandemic response.

Coronavirus cases are rising in about half the states and political polarization is competing for attention with public health recommendations.

The government's top infectious disease expert is testifying today before a powerful House panel, along with the heads of the Centers for Disease Control and Prevention and the Food and Drug Administration.

The nation is emerging from weeks of stay-at-凯发真人娱乐官方网站home orders and business shutdowns, but that's being done with some states far less cautious than others.

What we are watching in elsewhere in the world ...

The coronavirus pandemic is worsening globally as case numbers surge in many large countries that have been lifting lockdowns.

India's infection numbers are rising by about 15,000 each day, and some states are considering new lockdown measures to try and halt the spread of the virus. New cases have also been rising steeply in Mexico, Colombia and Indonesia.

Hospitals in Pakistan are turning away patients, but with the economy there teetering, the government remains determined to reopen the country.

Muslims around the world hoping for a once-in-a-lifetime journey to Mecca to perform the hajj will have to wait until next year after Saudi Arabia curtailed the pilgrimage due to the coronavirus pandemic.

The kingdom said late on Monday that a very limited number of pilgrims would be allowed to perform the hajj from among residents already inside the country.

The decision to drastically curb this year's hajj was largely expected, but it remains unprecedented in Saudi history.

Worldwide, more than nine million people have been confirmed infected by the virus and more than 472,000 have died.

EDMONTON — Alberta is upping the ante in its bid for Edmonton to co-host the NHL's summer Stanley Cup playoff tournament.

The Oilers hockey team and the province have previously been pitching that Edmonton is the best site because of low COVID-19 case numbers and the fact players can be safely isolated — given they have a hotel attached to the downtown Rogers Place.

Kenney is now highlighting on Twitter a short promotional video of Alberta's Rocky Mountains as something for players' families to do during the tournament.

Alberta Health spokesman Tom McMillan says the players' families will be treated like all other visitors, isolating for 14 days on arrival.

The players have been given a federal exemption and would have to isolate as a cohort.

Edmonton is competing with Toronto, Vancouver and Edmonton along with American sites to be one of two hub cities to host NHL playoff games to complete the season.

The Bank of Montreal was founded as Canada's first chartered bank.

Bell Media says Ben Mulroney will step down as anchor of CTV's "etalk" to make room for "diverse voices" after the broadcaster cut ties with his wife, Jessica Mulroney, for behaviour out of line with its "commitment to diversity."

Ben Mulroney announced his immediate departure as the face of the celebrity news show Monday as he returned to host "Your Morning" following a "scheduled vacation" last week, according to Bell Media.

"It is my hope that (the) new anchor is Black, Indigenous or a person of colour, and they can use this important platform to inspire, to lead and to make change," says Mulroney, who has been on "etalk" since its inception in 2002.

Mulroney will continue to helm "Your Morning," and cover red-carpet events for "etalk," including the Oscars. He's also set to develop new projects for Bell Media Studios.

He also addressed the controversy surrounding his wife, Jessica Mulroney, after Toronto lifestyles influencer Sasha Exeter accused the celebrity stylist of lashing out at her and trying to "silence a Black woman."

Ben Mulroney noted that he can't speak on his wife's behalf.

This report by The Canadian Press was first published June 23, 2020.

Tories seek to force PMO staff, or PM himself, to testify at Commons' committees
Mar 25, 2021 4:00 AM
Comments